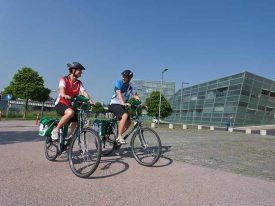 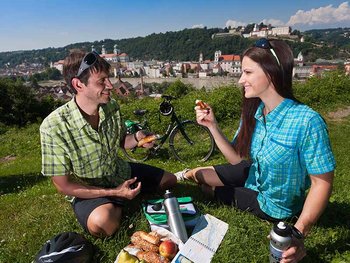 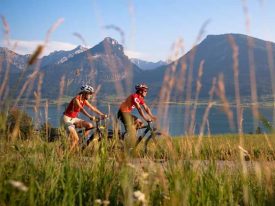 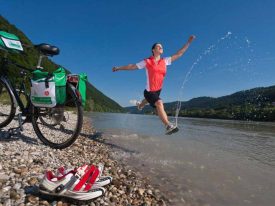 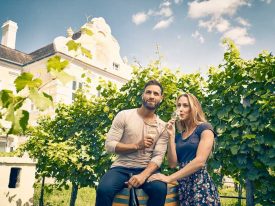 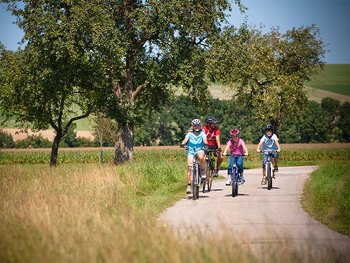 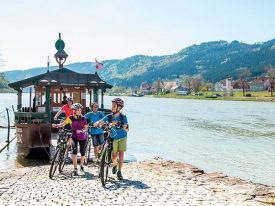 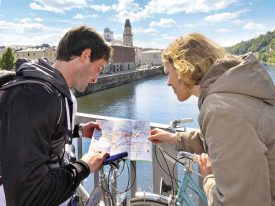 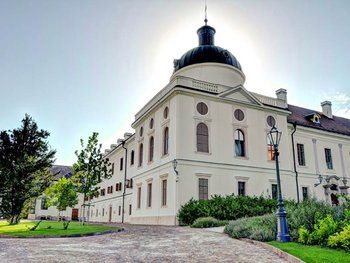 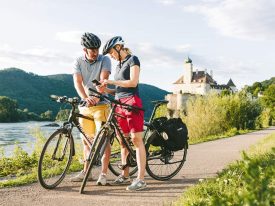 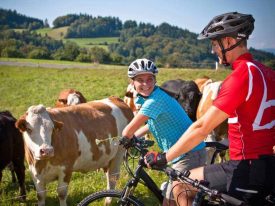 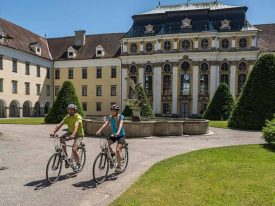 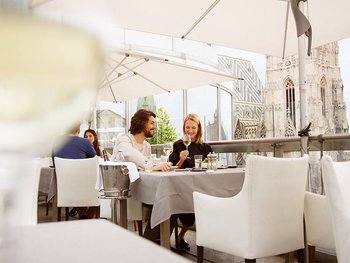 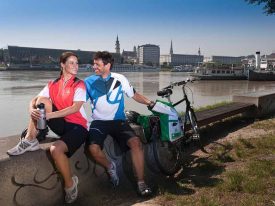 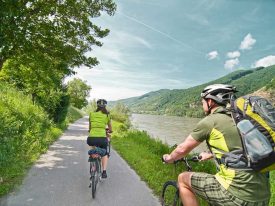 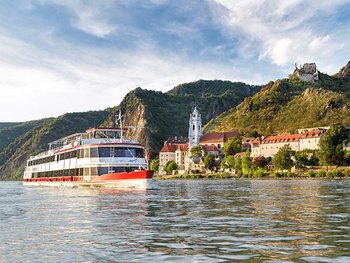 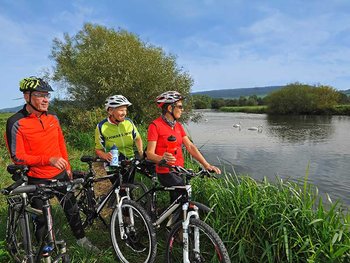 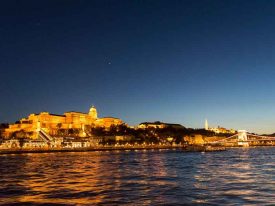 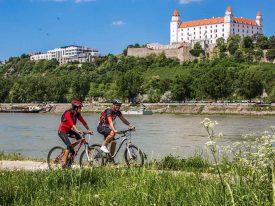 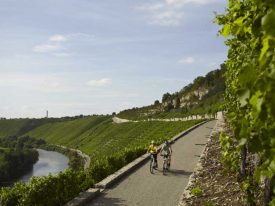 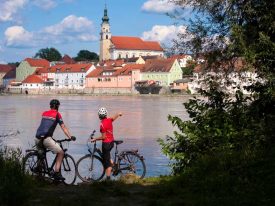 Information about the Self Guided Cycling Holiday Along The Danube Cycle Path:

EV6 The Rivers Route
The Danube accompanies you along your cycling tour from Passau to Vienna leading you through a great variety of Austria’s landscape: the Schlögener Schlinge, the beautiful Strudengau and Wachau Valley to Vienna.

The German Danube – from Donaueschingen to Passau
In Donaueschingen the Danube starts as a little spring and it ends as a powerful stream in Ulm – and you have the possibility to experience these changes very closely!
Starting point of your cycling tour is Ulm, the old city at the Danube with its numerous sights. This cycling route takes you from Ulm, birthplace of Albert Einstein, to Passau. You will pass a landscape with unique nature, perfect for recreation which is fortunately mostly untouched.
Length: from Donaueschingen to Ulm approx. 200 km, from Ulm to Passau approx. 400 km
Degree of difficulty: Donaueschingen – Ulm: The way is mostly non asphalted but has a continuous good surface to drive. Signposting: consistently very good signs
Ulm – Passau: The path is without important inclinations, mostly car-free.

For clarification purposes we would like to point out that the “Danube cycle path” means the path which is available to cyclists along the Danube. However, we expressly indicate that certain parts of this path are also used by outside traffic participants namely by motor vehicles as well as on foot. With respect to the paths marked on this site the Upper Austrian Tourist Board Services is not liable neither for a particular

Self Guided Cycling Tours & Family Holiday Along The Danube River

This Was Our Best Cycling Vacation With Cycle-danube.com Along the Danube Cycle Path. We Covered Over 250 Km During Our 7 Day Trip and It Was Spectacular!!! Cycle-danube.com Did a Great Job Putting Together the Routes, the Guide, the Hotels and the Additional Tours. Each Night We Stayed in Fantastic Accommodations — Great Accommodations, Great Locations, Excellent Food.

John SvenssonOttawa, Canada
The Trip Was Wonderful. Everything Worked Out Very Well. The Bikes Were Great, the Hotels Were Fine, and the Food Was Delicious. The Roads, to My Welcome Surprise, Were Smooth and Well Maintained.My Strongest Words Go to the Cycle-danube.com Crew. They Gave Us Warm Attention and Shared Their Knowledge and Love of Danube Cycle Path With Great Spirit and Warmth With Constant Attention to Details.

LisaNew York
A Wonderful Experience - the Perfect Way to Experience the Danube Cycle Path. The Cycle-danube.com Team Were Enthusiastic and Flexible So the Trip Was Relaxed and Tailored to Our Needs. We Never Felt Pressured to Bike More or Less Than We Wanted to. Safety and Comfort Were a Top Priority. Accommodations Were Very Nice and Comfortable Especially Considering We Were in Some Rural Areas. Bike Quality Was Very Good and Bike Mechanics Excellent at Getting the Bikes Adjusted for Maximum Comfort. We Really Liked the Overall Vibe Which Was Accommodating but Not Too Much Hand Holding That Sometimes Occur on Tours. We Had a Great Time!

Mia CohenNewcastle, UK
We Are a Family of 6. It Was Splendid. The Kidsloved the Fairytale World at Pöstlingberg in Linz. The Family Cycle Tour by Cycle-danube.com Fitted Our Needs to Perfection - We Had All the Support We Needed From the Team. Our Days Were Spent Cycling With the Kids and Grandparents Along the Beautiful River Danube Cycle Path Enjoying the Restaurants and Adventures. The Daily Stages Are Easy for the Kids to Manage.The Bikes Were in Tip-top Condition and It Was So Helpful That They Provided Personalized Cycle Book With Detailed Route Description.Highly Recommended!

I'm Interested In Getting More Info About The Danube Cycle Path​

Leave your information
& We'll get back to you